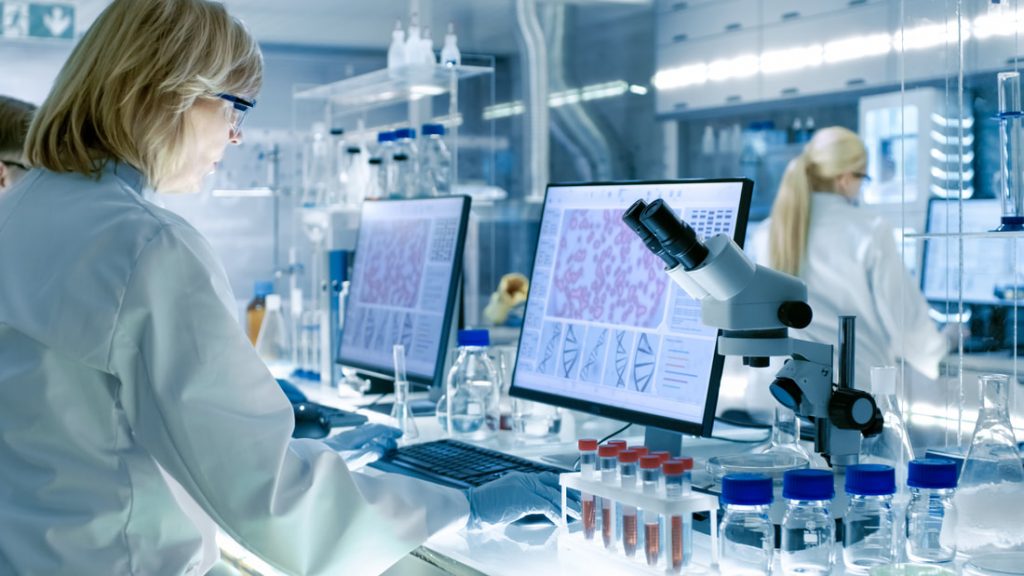 Presently, there is no agreed upon screening test to aid in the identification or earlier diagnosis of pancreatic cancer (ductal adenocarcinoma of the pancreas) for the general population. There is the beginning of the establishment of protocols involving periodic testing procedures at certain academic institutions to follow persons at high risk for pancreatic cancer, but these measures have not been well studied yet.

The best known of the blood markers for pancreatic cancer is CA19-9, a “carbohydrate associated antigen” also known as a sialylated Lewis (a) antigen. This marker is somewhat uneven in the diagnosis of pancreatic cancer, but can be quite elevated in those with pancreatic cancer. Approximately 10% of Caucasians lack the Lewis antigen, so in them the CA19-9 is not expressed. Currently, some oncologists appear to feel that the best use of the CA19-9 marker is as a guide to follow the disease and treatment process in a given individual patient.

A related area is represented by the many proteins that emanate from genetic instruction. The whole of this array of proteins is called the proteome. There has been considerable research in this area to try to detect reliable protein patterns in pancreatic cancer that will allow for screening or earlier diagnosis. Thus far, much has been learned but no universally recognized markers have been established through the study of protein patterns.

Many other agents have been studied as screening and diagnostic markers without much success. Some of these include cell surface associated mucins (MUC), carcinoembryonic antigen (CEA), and heat shock proteins (HSP).

Apart from the genome and proteome, another area of great recent research interest in screening and diagnostic markers for pancreatic cancer has been in that of MicroRNAs. First characterized in the 1990s, MiRNAs are small (22 nucleotide) non-coding RNA molecules involved in genetic regulation. There have been many recent intriguing study results looking at patterns of various MiRNA types in pancreatic cancer.

Researchers have looked at many tissues and access points to study these potential markers including in stool, pancreatic juice, saliva and blood.

The amount of research into the area of finding a means of screening for or providing for the earlier diagnosis of pancreatic cancer has increased dramatically in the past decade. It is a promising arena, as finding pancreatic cancer earlier would likely enable many more patients to avail themselves of surgery, for example. Much more is known than in the past. And is seems likely that this big knowledge will eventually lead to practical results. But despite gains we are not there yet. Some of the more recent developments in this area have been discussed in detail in our Pancreatica Blog.

There remains a dire need for more research and an increase in focused funding for pancreatic cancer. Your Donation will go directly to promoting awareness, increasing education, and furthering pancreatic cancer research aimed at early diagnosis.

The following are descriptions of titles of abstracts of medical journal articles that may be interesting or useful to those who are interested in further information about this topic.These abstracts can be searched Here.

Creating a Facebook Fundraiser is easy: Click the Link below and Facebook will take you through the steps! Dedicate your Birthday or another important date to honor a loved one.
Click Here
MAKE IMPACT

SIGN UP FOR THE LATEST NEWS ABOUT PANCREATIC CANCER, WAYS TO HELP, AND MORE!

Click Here for more ways you can help the fight! 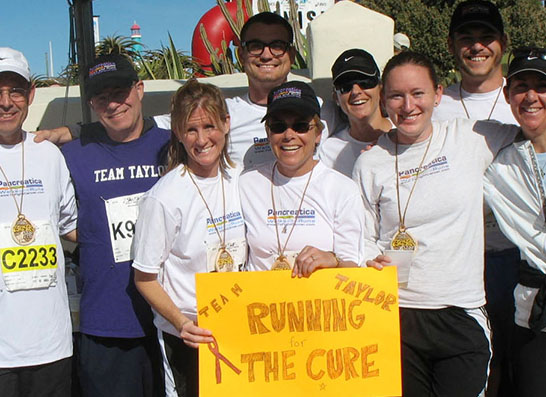 To Safely make a Donation via Text, Text the Code FIGHTPC to number 44-321

Making IMPACT for Pancreatic Cancer Together! 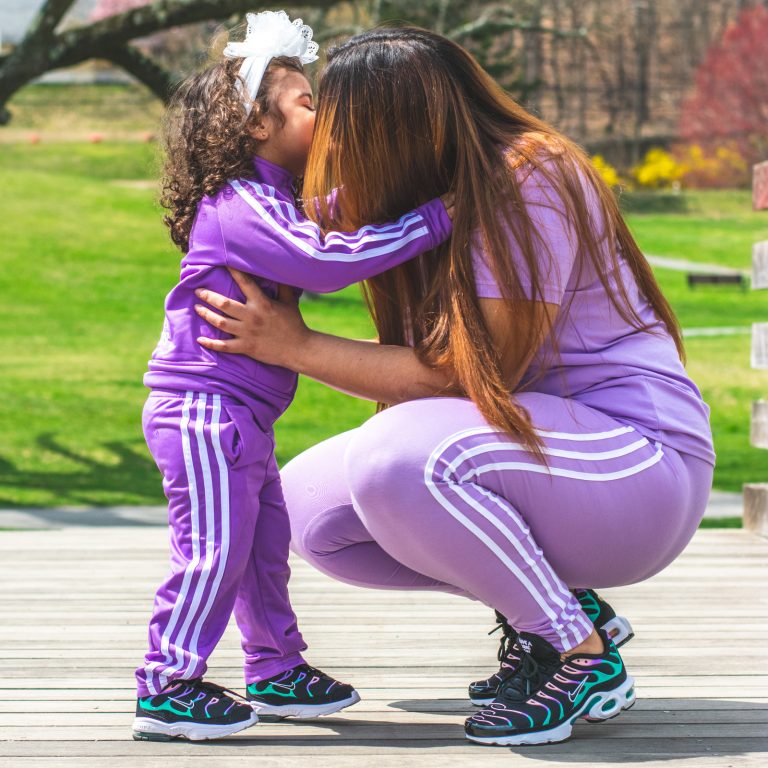 MONTHLY MEMORIAL GIFTS: YOUR TRIBUTE TO A LOVED ONE

Simply select “Monthly” after choosing the amount you would like to give.

PROPOSED: Every newly diagnosed person with pancreatic cancer (ductal adenocarcinoma of the pancreas) should receive genetic screening prior to beginning treatment – to test for germline genetic mutations in the homologous recombination DNA repair pathway, including genes such as BRCA1, BRCA2, PALB2, and others. These results, in from 12% to 17% of pancreatic cancer patients, suggest that treatment that includes DNA cross-linking agents such as platinum compounds or PARP inhibitors may be superior to standard best practices therapy. 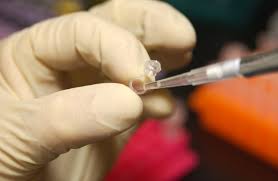 OFFER: Color Genomics offers a 30-gene cancer panel for $224 (normally $249) when the Promotion Code “PANCREATIC” is entered at checkout (price will reduce upon entering this code). This is a physician-ordered saliva kit. Click Here for more information

RATIONALE: The age of precision medicine in pancreatic cancer is approaching … [MORE]

This year an estimated 57,600 Americans will be diagnosed with pancreatic cancer. Approximately 47,050 Americans are expected to die from the disease. There are many reasons why the outcome for pancreatic cancer patients is bleaker than for most other cancer types. There are no reliable methods to detect the disease early, and there are very few effective treatment options. Which is why we are so focused on supporting research for early diagnosis.

Together with You our Mission is to promote awareness, increase education, and further pancreatic cancer research aimed at early diagnosis.

Most of our fundraisers, supporters, and volunteers, have been in one way or another, personally effected by this disease. We want to acknowledge what hardships you may have gone through (or are currently facing) and sincerely thank you for visiting our site! 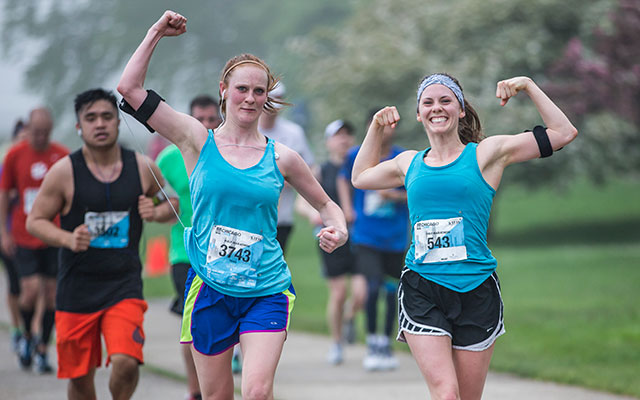 Choose a walk, run, or any other activity that you like and work to raise donations leading up to your Event! Simply set up your participation page and we will be in touch! 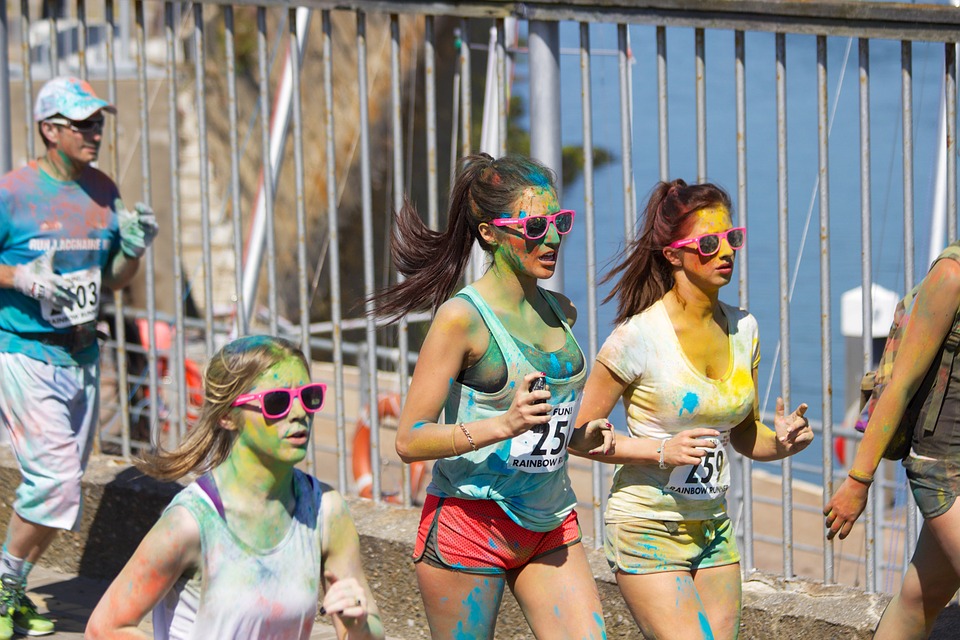 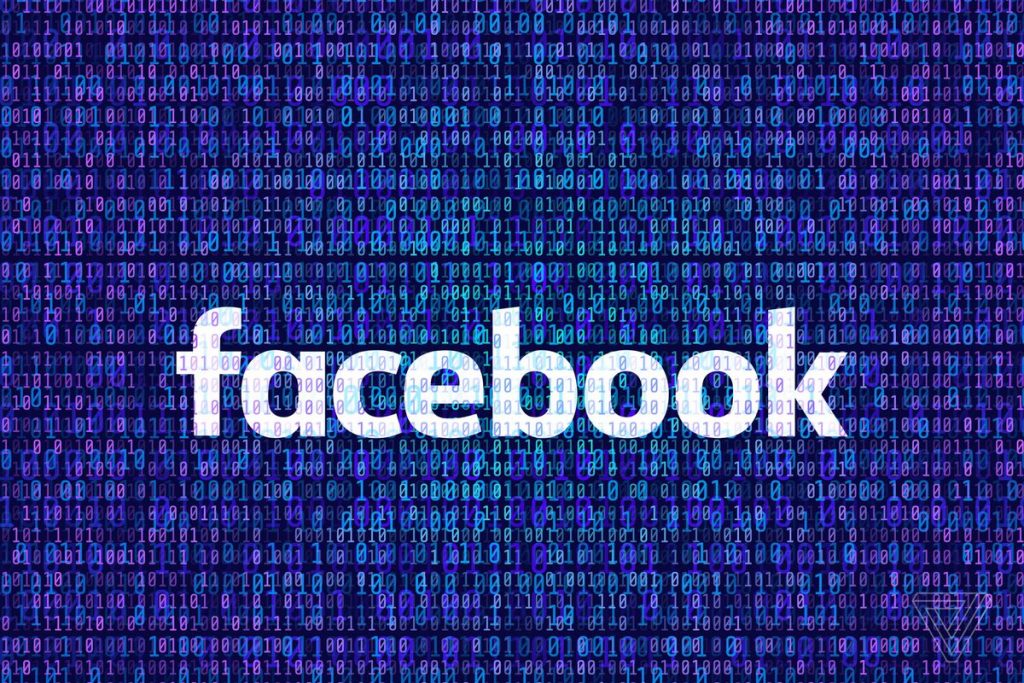 Creating a Facebook Fundraiser is easy: Click the Link below and Facebook will take you through the steps! Dedicate your Birthday or another important date to honor a loved one. 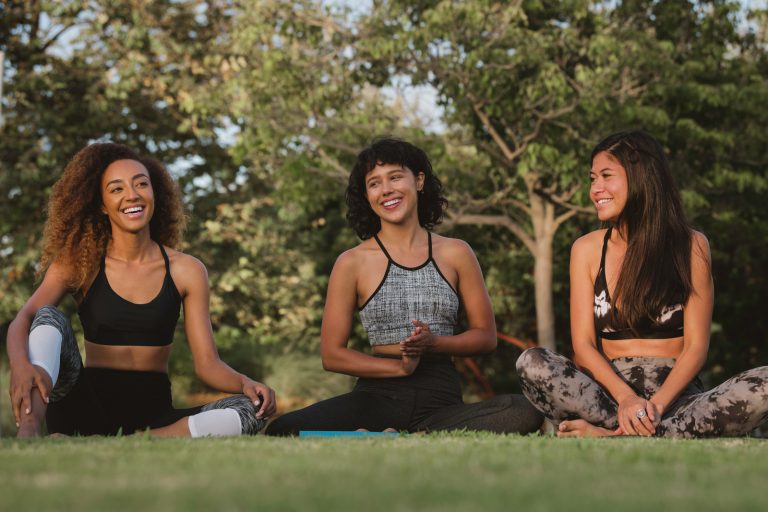 CREATE YOUR OWN FUNDRAISER

Create your own fun, choose something you already love to support pancreatic cancer! Simply set up your participation page, include the details of your fundraiser on your page, and get the word out!

Create your own fundraiser

Cancer Patients Alliance is a 501(c)(3) non-profit. Initiatives include, ToFightCancer.com and Pancreatica.org. All Donations are tax-deductible.

Pancreatic cancer is expected to become the 2nd leading cause of cancer-related death by the year 2020. There are many reasons why the outcome for pancreatic cancer patients is much bleaker than for most other cancer types. There are no reliable methods to detect the disease early, and there are very few effective treatment options. 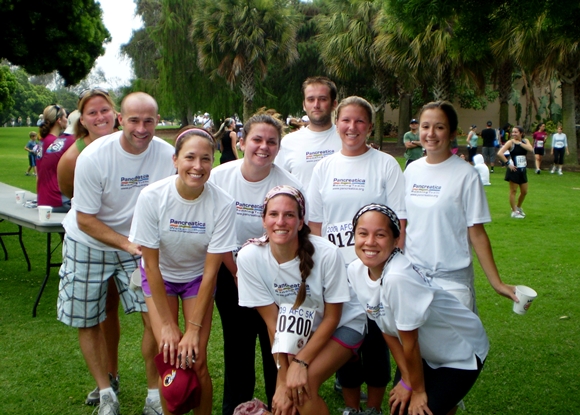 Best of the Blog

Pancreatic cancer has one of the worst survival rates among cancers. Patients can expect as low as a 9% chance to live for at least five years

Hermes Soto, who turned 5 on Monday, will not be celebrating his birthday with friends. Instead, he is bracing for his 15th chemotherapy session to

Read More »
"It was such an awesome experience for our whole family to be given the opportunity to participate in such a great and meaningful Walk!” 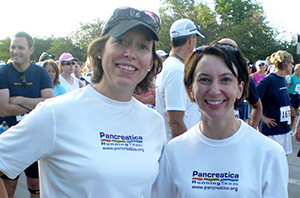 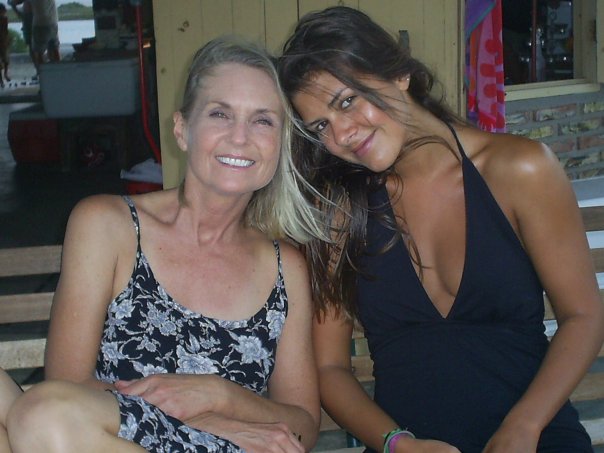 “This charity is focused on directly supporting the kind of research I want to support. Research to diagnosis pancreatic cancer at an earlier stage. They have also helped my family find a genetics center for screening”
"This weekend was so amazing, seeing all those people come together for this cause was inspiring." 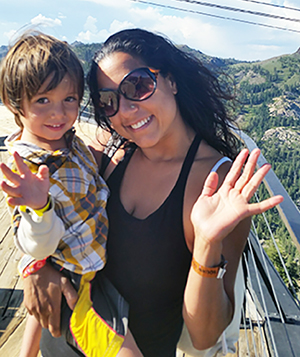 Why Choose Cancer Patients Alliance? “This charity is focused on directly supporting the kind of research I want to support. Research to diagnosis pancreatic cancer at an earlier stage. They have also helped my family find a genetics center for screening” ~ Anne Friedrich “We ran a 5K in honor of our grandmother June, Cancer Patients Alliance gave us great resources, information, and encouragement”
"Thanks for the great organization and I look forward to walking or running in the future to help this cause." 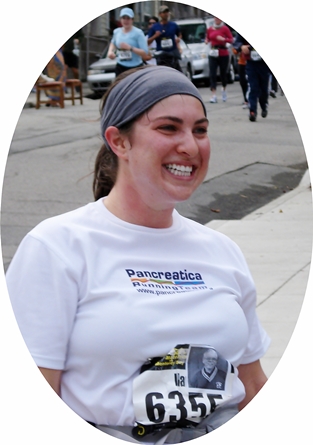 Cancer Patients Alliance's websites have been an amazing resource for my family. The medical literature references displays an impressive concentration of information on published scientific articles. I will continue to support and volunteer with this great charity and cause.
Previous
Next

Speak with a Survivor:

Call 1-800-433-0464 for a free service that will place you in contact with a fellow survivor, or to volunteer to contact someone more recently diagnosed.

One of the observations that physicians often made when the standard of care treatment typically consisted of the chemotherapy drug agent of gemcitabine alone, was that many patients with pancreatic cancer (ductal adenocarcinoma of the pancreas) seemed to feel better after the initiation of treatment… More Here

Exosome scrutiny for early diagnosis of adenomacarcinoma of the pancreas

Join us on Social Media ! 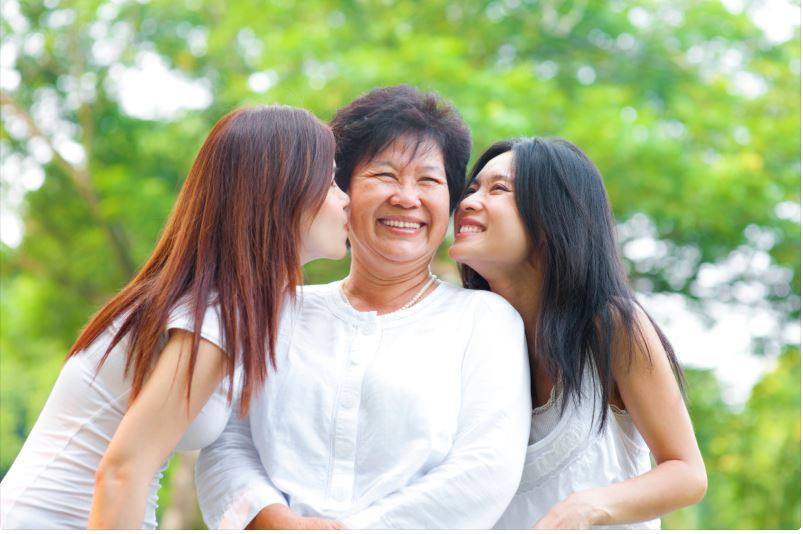 Pay tribute to your Loved one.

Honor a Loved One with a Monthly Gift!

Other ways to help.