Saliva, Exosomes and MicroRNA for Pancreatic Cancer Detection – what’s not to like !

Dental research for pancreatic cancer has seemed to fall largely into two categories: specific bacterial overgrowth that may be associated in some manner with increased pancreatic cancer (ductal adenocarcinoma of the pancreas), and that related to exosomes, the free-floating “bubbles” found in saliva that we now know contains genetic materials (DNA and RNA) including mutations associated with pancreatic cancer (when the tumor is present) – bubbles which travel freely and widely through the bodies of mammals including human beings in all manner of biological fluids, like shipping vessels on the open sea. We have earlier detailed some of this most interesting research in relation to pancreatic cancer on the Pancreatica blog Here and Here.

Saliva is grand for testing as it is easily available without invasive or painful procedure. Exosomes, not discovered until the late 1980s, appear to be formed by a pinching off from cell walls and carrying intra-cellular material in their subsequently formed inner pocket. As exosomes wander the fluid byways widely, aspects of their functions have been speculated to include communication and even possibly metastasis. MicroRNAs (miRNA or miR) are small non-coding RNA strands that appear to be related to gene and cell regulation that were not discovered until the 1990s. A number of types of miRs have appeared to be overexpressed in patients with tumors including in those with pancreatic cancer.  MiRs have been found in exosomes. We have addressed miRs and pancreatic cancer in the Pancreatica blog Here and Here. Many articles have been published in the medical literature during the past few years that purport to show the expression of one or more miRs (generally in serum) as associated with pancreatic cancer.  Largely to date, although broad themes have been established in regard to the expression of certain miRs in relation to cancer of the pancreas, results of these studies have been somewhat inconsistent while still remaining quite promising.

In the June 2015 issue of the International Journal of Cancer, German researchers from the University of Heidelberg including Marcus Büchler who is on our Pancreatica Science Board in part identified a four-miR panel based on high expression in pancreatic cancer patients’ exosomes that consisted of miR-1246, miR-4644, miR-3976 and miR-4306. These authors found the results promising by way of biomarker for pancreatic cancer but indicated that further testing was required for evaluation of diagnostic efficacy.

In the article at hand published in the October 2016 issue of Oncology Reports journal, dental and medical researchers from Okayama University in Japan examined for these very four miRs (miR-1246, miR-4644, miR-3976 and miR-4306) in exosomes from the saliva of twelve patients with pancreatic cancer as compared with the saliva of 13 healthy controls. Especially miR-1246, miR-4644 were found to be increased in the pancreatic cancer patient group. The combined use of these two miRs gave an AUC of 0.883 (P=0.0005) which the authors suggest may allow for this combination to be an effective biomarker for pancreatic cancer.

It is early days for the full explication of the relationships between MicroRNAs and specific tumors. But this pilot study by Japanese researchers (as well as the earlier one by those from the University of Heidelberg) addressing miRs and pancreatic cancer are encouraging and even exciting. The results beg for further research with a larger cohort of study subjects. 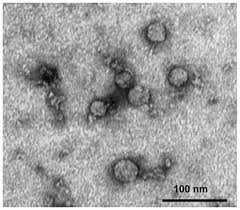 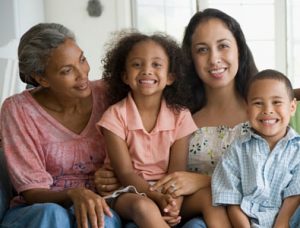