In late March 2017, the French biotech firm Erytech presented results of a IIb clinical trial of eryaspase (trade name: GRASPA) which is the enzyme l-asparaginase encapsulated in red blood cells as added to gemcitabine or FOLFIRINOX treatment regimens for patients with advanced pancreatic cancer (ductal adenocarcinoma of the pancreas), versus these standard therapies alone. The results of this phase II clinical trial demonstrated survival promise (more below).

L-asparaginase is an interesting drug agent from a number of standpoints. Asparagine is a non-essential amino acid that plays in important role in human brain function and in ammonia physiology. In 1953, the observation was made that lymphomas in rats and mice were reduced in size when exposed to guinea pig serum. It was later found that the causative factor in the serum was the enzyme asparaginase. Since that time, l-asparaginase has emerged as a stalwart in the treatment especially of blood tumors with under-expressed asparagine synthetase, most notably acute lymphoblastic leukemia (ALL).

The primary trade names for l-asparaginase in the U.S. are Elspar and Kidrolase. The main side effects of the drug are chills & fever, nausea & vomiting, other GI upset, allergic reaction, and neurotoxicity. There is a pegylated form of l-aspariginase termed Oncaspar. Pegylation involves attaching or amalgamating polyethylene glycol to the drug, in order to increase its effective duration, or to reduce side effects.

Solid tumors that also tend to show low levels of asparagine synthetase (and thus, which may be promising targets for asparaginase) include ovarian and pancreatic cancers. But, in 1980 Lessner and colleagues from the University of Miami published the results of a Phase II clinical trial in Cancer Treatment Reports whereby ten patients with advanced pancreatic cancer were given l-aparaginase alone. There was no evidence of efficacy, and side-effects included mental confusion and blood coagulopathy. The conclusion was that l-asparaginase “seems to have no value in advanced pancreatic carcinoma.”

However, despite these earlier findings, Dr. Daniel Von Hoff in his concluding keynote speech as President of the American Association of Clinical Research in year 2000 in San Francisco, pointed out that l-asparaginase was a potential intriguing agent for the treatment of pancreatic cancer. On a personal note, the author of this Pancreatica Blog entry was involved in an early study of l-asparaginase in guinea pigs as a first-year medical student working with colleagues at the Ellis Fischel Cancer Center in Columbia, Missouri.

The study in question built on Phase I clinical trial research by Bachet and other French colleagues as published in the October 2015 issue of the journal Pancreas, which noted that the twelve patients with a diagnosis of advanced pancreatic cancer who were given one dose of eryaspase at 25-150 IU/kg appeared to tolerate the drug agent well. Also, these researchers examined more than 500 resected and live pancreatic cancer tumors for the expression levels of asparagine synthetase, which was adjudged to be low in 79.4% of cases.

The present study by principal investigator Professor Pascal Hammel, MD, PhD of Beaujon Hospital in Paris, France and his French colleagues examined the outcomes of 140 patients with metastatic pancreatic cancer for 2nd line treatment who were randomized 2:1 to either the FOLFIRINOX or gemcitabine (defined as standard of care treatment) PLUS eryaspase arm, or to the standard of care arm without eryaspase. The overall survival of the arm for the 2nd line treatment of advanced pancreatic cancer including eryaspase was 26.1 weeks, and the standard of care only arm was 19.0 weeks.

Interestingly, the survival advantage obtained regardless of asparagine synthetase expression level (AS), though the researchers noted that the AS may be prognostic in pancreatic cancer treated by asparaginase, promising further study. The results of this work are being prepared for meeting submission and publication.

These preliminary results by Hammel, et al. are intriguing and carry the effect of resurrecting the enzyme l-asparaginase, now as a potential part of a chemotherapy regimen for advanced pancreatic cancer. These are early days for this treatment, however.  It will be a matter of great personal interest to follow the progress of this agent as peer review is applied, and with more definitive testing. Perhaps one might be forgiven for additionally wondering if pegylated l-asparaginase also might be worthy of consideration as an adjunct to standard chemotherapy regimens? 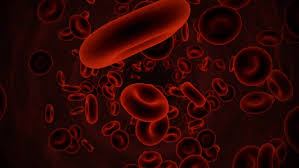