Since the mid-1990s, teams affiliated with Dr. Daniel Von Hoff have ushered in two of the three key advances in the first-line treatment of advanced pancreatic cancer (ductal adenocarcinoma of the pancreas). This includes seminal work from a research institute affiliated with the University of Texas at San Antonio on the development of gemcitabine for the treatment of pancreatic cancer, AND per published article in 2013 as acting lead of an international consortium presenting the MPACT study results that represented a formal introduction to the advantages of gemcitabine plus Abraxane (nab-paclitaxel) in the treatment of metastatic pancreatic cancer. The other key advance was the 2011 article in the New England Journal of Medicine by French researchers demonstrating the survival advantage of the 4-drug regimen known as FOLFIRINOX over gemcitabine alone in the therapy for advanced pancreatic cancer.

Now another treatment improvement from a new Von Hoff team that appears, at least thus far, to offer potential further increased survival advantage. First in the April 2015 American Association for Cancer Research (AACR) annual meeting, and later at the January 2017 Gastrointestinal Cancers Symposium (American Society of Clinical Oncology – ASCO) Von Hoff’s team from HonorHealth Research Institute in Scottsdale, Arizona and other institutions, including fellow researchers Gayle S. Jameson, Erkut Borazanci and other authors, have reported out the rolling results of an ongoing Phase Ib/II clinical trial that assess the addition of cisplatin to the original gemcitabine plus Abraxane regimen in the treatment of metastatic pancreatic cancer (clinical trial: NCT01893801).

In the 2015 AACR meeting, the researchers published their work in a meeting abstract entitled, “High complete and partial response rate in a phase Ib pilot trial with cisplatin plus albumin-bound paclitaxel and gemcitabine in patients with advanced pancreatic cancer.” Under the rationale that pancreatic cancer not infrequently demonstrates abnormalities in DNA repair that may tend to respond to such entities as platinum salts, they added cisplatin to the gemcitabine plus Abraxane chemotherapy regimen for patients with stage IV pancreatic cancer. Ten patients with advanced pancreatic cancer were enrolled with two showing a complete response, six showing a partial response, one offering stable disease, and one demonstrating progression of their pancreatic cancer. Four patients had serious adverse side effects including sepsis/pneumonia, bacteremia, clostridium difficile colitis, and neutropenic fever/pneumonia. Despite the sobering events profile, the clinical results were encouraging enough for the researchers to move forward to the stage II status of the clinical trial.

In the 2017 Gastrointestinal Cancers Symposium, the research team both published an abstract and presented their further results in a Poster Presentation, “A phase Ib/II pilot trial with nab-paclitaxel plus gemcitabine plus cisplatin in patients with stage IV pancreatic cancer.” The 25 patients in three U.S. sites met inclusion criteria including being diagnosed with stage IV pancreatic cancer between December 2013 and July 2016. All of the patients were treated with the three-drug regimen. 20% had their tumor resected. 18 of the 25 patients had a greater than 30% reduction in the pancreatic cancer tumor size. The median survival to date (at the time of presentation) was 16.5 months, with 20% alive at 24 months. 40% of the patients experienced a grade 4 adverse effect including primarily such conditions as thrombocytopenia, anemia, neutropenia, infection, or substantive diarrhea.

Dr. Erkut Borazanci indicated that there appears to be, “something related to ‘BRCA-ness’ in pancreatic tumors,” referring to the positive response that patients with BRCA1 or BRCA2  genetic-mutation-related cancers tend to have to platinum drugs (and perhaps PARP inhibitors). Please note our Pancreatica Blog on this topic Here.

These preliminary survival outcome results with the cisplatin + gemcitabine + Abraxane regimen for advanced pancreatic cancer are remarkably encouraging, to say the least. The adverse effects of this chemotherapy regimen though are rather profound, and would require serious management and care. One interesting finding was the high number of patients who became available for surgery during the course of the treatment (the authors have indicated that a separate study of this outcome is anticipated). It is important to note that these are meeting results with a small number of patients, and the results are not yet published in a peer-reviewed journal. It will be highly interesting to see if the outcomes of this treatment approach hold up in a Phase III trial, and as peer reviewed. If so, the current Von Hoff team will have again succeeded in changing the landscape of the treatment for advanced pancreatic cancer. 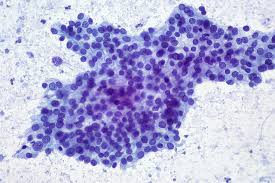 A month of education, inspiration and empowerment.